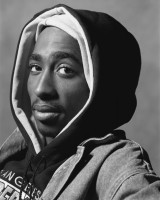 RJ Bond the Director of Tupac Assassination 3 : Battle For Compton returned to the Murder Master Music Show where he dropped a bombshell about the late Tupac/Death Row Body Guard Frank Alexander where he witnessed him about to draw down on Suge Knight at the Magic Show in Vegas in ’09.

Bond says he was right there when Frank said “If that nigga steps anywhere around here I’m gonna shoot him square between the eyes! I will kill him today and I am ready to die!”

The Director went on to say that was about as close as he ever wanted to get to all shit breaking loose!

Frank was gonna kill Suge! I’m glad he didn’t because he woulda died knowing he didn’t do the right thing. We were in a Las Vegas clothing show in 2009 called the Magic Show which is a big fashion show there. Frank was doing bodyguard protective service for one of the clothing vendors and Frank had an ankle holster that had a Smith & Wesson .38 Snub Nose in it and then he had his Beretta tucked on the side which had 13 and he was proud to wear’em!

Suge Arrives at Event and Frank says “I’m gonna shoot him square between the eyes!”

We got word when we were standing there and someone whispered something in Frank’s ear and his face went stone cold. I had been friends with Frank for 13 years at that point and I never seen that look on his face before so I said “What’s wrong?”

and he said “Suge is down the next isle and he is fixing to walk this way around! If that nigga steps anywhere around here I’m gonna shoot him square between the eyes, I will kill him!”

Frank then goes onto tell RJ “If he looks sideways at me for any reason I will kill him today and I am ready to die myself and I have no problem with it.”

Suge went down the other lane I’m not sure if that was choice or good fortune, but that was as about as near miss as I wanna get as far as all shit breaking loose in Vegas again!