Aaron Carter has a Michael Jackson reveal in his upcoming memoir - Noise11.com 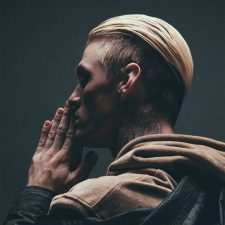 Aaron Carter has a Michael Jackson reveal in his upcoming memoir

Aaron Carter has hinted he’s set to reveal all about “an experience” he had with late pal Michael Jackson that the King of Pop’s family won’t like.

A month after he threatened to punch Wade Robson in the face for claiming Jackson sexually abused him in the explosive documentary Leaving Neverland, the I Want Candy singer has revealed he’s now planning to come forward with new claims against the Thriller star in a memoir.

Carter refused to go into details when he was quizzed about his big reveal by TMZ at LAX airport in Los Angeles, but he doesn’t expect the Jackson family will be happy with what he has to say.

“I’m gonna be talking about that in the future…,” he said. “I’m doing a book on my whole life and I think it’s appropriate to put my story about my experience with Michael (in it). I’ll always have his back though…”

Asked if he thinks his revelation will upset the Jackson family, Aaron added, “The family has known about it; they just never talk about it. My family knows about it.”

Offering up a message to the Jacksons ahead of what is sure to become a huge drama instigated by one of Jackson’s closest child star friends and longtime supporter, Carter adds, “I love you guys and even if I say something you don’t like, it’s still my truth and you’re gonna have to accept it.”

Backtracking on his angry online rant aimed at Robson, during which Aaron raged, “You’re lucky I’ve got something to lose now because I would punch you in the face”, the pop star told TMZ, “I was a little aggressive when I talked about it at first… Everyone has their own stories… I can’t really take away from that.”

Attacking Robson last month, Aaron said, “I hung out with Michael Jackson, I stayed at his house, I stayed in his bedroom…I remember having the time of my life with Michael… and I remember him just sitting down with me and being like, ‘This is what you’ve gotta do… just stay focused, stay driven…’ I really idolised Michael… He was gentle and beautiful and loving.”