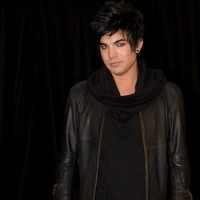 Adam Lambert was launched by American Idol, but has outdone himself since, selling a million copies of his 2009 debut For Your Entertainment, releasing live and acoustic DVDs, and even singing with Queen on the MTV European Music Awards.

The first single ‘Better Than I Know Myself’ will come out on December 21, and if you pre-order Trespassing at his website from that date, you get a free download of the tune.

Trespassing will be released on March 16 next year. Check out a sample of ‘Better Than I Know Myself’ below.

Better Than I Know Myself by adamofficial

Queen + Adam Lambert have beaten Blackpink to Number 1 on the UK’s Official Albums Chart this week, the Official Charts Company can confirm.

Queen + Adam Lambert Live Album Heading To No 1 In UK

Queen are on course for their first UK Number 1 in almost 25 years with their new release with Adam Lambert.

Queen + Adam Lambert Perform ‘We Are The Champions’ in Isolation

Check out Queen + Adam Lambert perform 'We Are The Champions' from each of their homes.

Adam Lambert is the perfect frontman for Queen. Freddie Mercury was a pop star fronting a rock band. Pop on Rock. That’s why Roger Rodgers didn’t work. It was Rock on Rock.

FireFight Australia Generates Over One and a Half Million Viewers

The FireFight Australia bushfire benefit concert had more than one million viewers across Australia on Sunday.