Amy Winehouse Debuts At No. 1 In England - Noise11.com 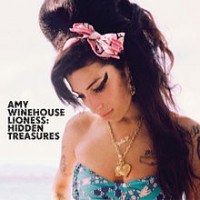 Amy Winehouse Debuts At No. 1 In England

Death has turned out to be a great promotional campaign Amy Winehouse whose ‘Lioness: Hidden Treasures” debuted at no. 1 in the UK today.

The songs were recorded in sessions from her two albums ‘Frank’ and ‘Back To Black’ and others from demos the third record she never got to do.