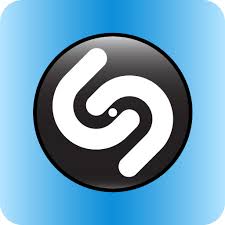 Apple To Buy Shazam For $400 Million

Apple is making a move to strengthen its music service with the acquisition of British music discover app Shazam.

Early reports suggest the sale could be around $400 million although one source puts its closer to $1 billion.

Shazam was founded by Chris Barton and Philip Inghelbrecht in 1999, both students of the University of California in Berkeley.

The Shazam technology uses the in-built microphone in a computer or phone to grab a sample of music being played and create an acoustic fingerprint of the sample. It then compares the sample to a central database for a match. The database has over 11 million songs recorded.

The Shazam app has been downloaded over 1 billion times.

Shazam generated about $US54 million in revenue in 2016.

Neither Shazam or Apple have made a public statement about the acquisition at this point.

James Blake On His New Project ‘Before’

James Blake has posted a teaser for his upcoming EP on his Instagram Story, while he also added a UK and US phone number to his bio on the photo-sharing site, which sends the caller to the website beforeep.com, where a countdown timer ending on Wednesday (14.10.10) can be found.

Carrie Underwood, Shania Twain and Snoop Dogg are among the stars to have landed their own radio shows on the revamped Apple Music network.

Lady Gaga is set to front her own weekly radio show for Apple Music.

James Blake joined Zane Lowe on Apple Music to discuss his new song “Are You Even Real?”, co-written with Starrah and Ali Tamposi.