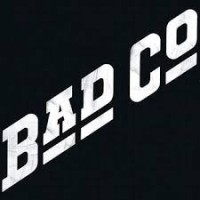 Bad Company have announced what they are calling their “Swan Song Tour” of Great Britain, but don’t get worried because of the name.

In 1973, Bad Company signed their first record contract with Swan Song Records, the imprint of Led Zeppelin. They released six albums on the label including Bad Company, Straight Shooter and Run With the Pack before Swan Song shut down in 1983.

According to lead singer Paul Rodgers, the title of the tour does not refer to the “final” definition of Swan Song, but to the band’s original roots. “Returning to the U.K. with Bad Company where it all began 40-plus years ago is a full circle for the band and fans. It’s always a pleasure to play in the U.K.”

Bad Company was formed in 1973 by Paul Rodgers and Simon Kirke, formerly of Free, Mick Ralphs from Mott the Hoople and Boz Burrell from King Crimson. Today, Rodgers, Kirke and Ralphs continue to tour with the band along with Howard Leese on guitar (joined 2008) and Todd Ronning on bass (joined 2012); however, Rich Robinson has been filling in for Mick Ralphs while he recovers from illness. Ralphs will be back for the U.K. trek.

Joining Bad Company for their British tour are RSO (Richie Sambora and Orianthi) along with Steve Rodgers or Jasmine Rodgers.

Brian Howe, Bad Company’s singer from 1986 to 1994, has died in Florida from heart failure.

Netflix ‘You’ star Penn Badgley has a band called Mothxr

Mott the Hoople and Bad Company guitarist Mick Ralphs remains in a care home while recovering from a stroke he suffered last November.

In April 2015, Bad Company released deluxe versions of their first two albums, Bad Company (1974) and Straight Shooter (1975) but there has been no discussion of further editions, until now.

In March, Bad Company guitarist Mick Ralphs announced that he would not be touring with the group and Joe Walsh during the summer as it was "something I’m just not feeling up for at the moment". Bad Company brought in Rich Robinson of the Black Crowes for the trek.

Original Bad Company guitarist Mick Ralphs will not be part of Bad Company's upcoming tour with Joe Walsh but fans will still get rock royalty as Rich Robinson of the Black Crowes steps in.