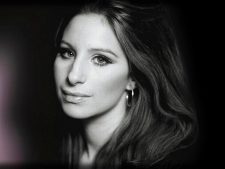 The 78-year-old entertainment icon privately sent six-year-old Gianna Floyd a letter and certificate notifying her of the gift, and also enclosed copies of her 1960s albums Color Me Barbra and My Name Is Barbra.

Gianna shared news of the surprise in a series of photos posted on Instagram on Saturday, which she captioned, “Thank You barbrastreisand for my package, I am now a Disney Stockholder thanks to you.”

The number of shares Streisand bought for Gianna has not been disclosed, but Disney stock is currently trading at around $115 (£92) each.

Streisand isn’t the only big star stepping up to help financially support Gianna – rapper Kanye West established a college fund for the youngster in the wake of her father’s death at the hands of a police officer in late May.

The cop who kneeled on Floyd’s neck for almost nine minutes while taking him into custody has since been fired and charged with second degree murder, while his three colleagues have also been terminated from their jobs and are now facing counts of aiding and abetting the murder.

Floyd’s killing sparked protests against police brutality and the use of excessive force around the world, with Black Lives Matter demonstrations continuing to take place across the U.S. and elsewhere over the weekend.