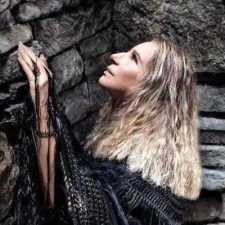 The A Fabulous Evening with Vice President Joe Biden event will take place virtually on 11 June and is set to feature appearances from the music stars, as well as other special guests.

Both Streisand and Legend have shown their support for Democratic presidential candidates in the past, each performing for Hillary Clinton and Barack Obama during their campaigns.

Singer/actress Streisand has been a vocal opposer of Trump, and previously tweeted: “I wholeheartedly endorse Joe Biden for President. Trump must be beaten in November before he does more damage to our democracy, environment, health, safety and standing in the world.”

Meanwhile, Legend initially endorsed Senator Elizabeth Warren and appeared at several of her events in South Carolina earlier in the presidential race, but has since pledged his support to Biden.

Ariana Grande made a surprise appearance at Barbra Streisand's Chicago concert on Tuesday night, taking to the stage to perform No More Tears (Enough Is Enough) alongside the superstar.

Barbra Streisand and Kris Kristofferson performed their 'A Star Is Born' duet 'The Love Inside' live for the first time ever at London's Hyde Park on Sunday night (07.07.19).

Clydie King, who sang on dozens of songs including Elton John’s ‘The Bitch Is Back’, the Rolling Stones ‘Tumbling Dice’ and with Barbra Streisand on ‘A Star Is Born’ has died.

Cultural icon Barbra Streisand will take a drive with James Corden in an episode of Carpool Karaoke to air this week.

Barbra Streisand has talked about the similar journey she had with John Lennon and that is why she decided to cover ‘Imagine’ on her new album.