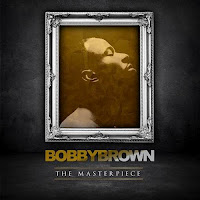 After years of problems and controversy, Bobby Brown is finally releasing new material. The Masterpiece, his first album in 14 years, will be out on June 5 via Ingrooves.

In a press release, Brown said “I simply wanted to create a body of work that will take listeners on a musical journey; the style of music that will allow people to get in touch with their highs and lows and their joys and pain of living through song. At the same time, I am hoping to bridge the gap between good old R&B and R&B of today.”

Look for Brown on a number of talk shows through the end of June promoting the album and its first single Don’t Let Me Die.

Tagged as: Bobby Brown, The Masterpiece

Bobbi Kristina Brown's ex Nick was found dead on New Year's Day (01.01.20) at the age of 30, and it has now been confirmed he died from a heroin overdose.

Brother of Nick Gordon Defends Him After Drug Overdose Death

The brother of Bobbi Kristina Brown's former boyfriend Nick Gordon has defended him over "twisted" reports following his death from a reported drug overdose on New Year's Day.

Bobby Brown found a little peace while promoting his new TV movie The Bobby Brown Story in the hotel where Whitney Houston died.

A New York judge has temporarily blocked the broadcast of an unauthorised Bobbi Kristina Brown biopic.

Bobbi Kristina Brown's boyfriend has been ordered to pay her estate officials more than $36 million (£29 million) after he was found civilly liable for her death.

Bobby Brown Is A Dad Again

Bobby Brown and his wife Alicia Etheredge welcomed a baby daughter on Thursday.