Christine McVie Is Back With Fleetwood Mac - Noise11.com 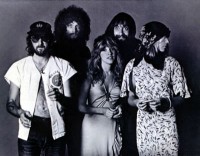 Christine McVie Is Back With Fleetwood Mac

Christine McVie will rejoin Fleetwood Mac after retiring from the band 15 years ago.

The news was confirmed by founder Mick Fleetwood who made the announcement at a show in Hawaii on Froday. “This is the worst kept secret there is, but Christine McVie will be rejoining Fleetwood Mac,” Mick told the crowd at Uncle Willie K’s BBQ Blues Fest.

Mick had just performed Christine’s ‘Songbird’ with Willie K and made the announcement at the end of the song, according to Fleetwoodmacnews.com

Christine McVie retired from Fleetwood Mac in 1998 and moved back to the UK. Her last complete album with the band was 1995’s ‘Time’ although she guested on two tracks for 2003’s ‘Say You Will’.

Her only solo record since leaving Fleetwood Mac was 2004’s ‘In The Meantime’.

Christine’s live appearances are rare. She performed with Mick Fleetwood in Hawaii in March, 2013. Speculation that she was keen to become active again started in September 2013 when she rehearsed with the band in Dublin and Amsterdam. She then performed ‘Don’t Stop’ with the band in London.

In November Christine hinted that she was open to a more permanent reunion with the band telling The Guardian “I like being with the band, the whole idea of playing music with them. I miss them all. If they were to ask me I would probably be very delighted … but it hasn’t happened so we’ll have to wait and see.”

Bad news hit in October when Fleetwood Mac bass player (and Christine’s former husband) John McVie was diagnosed with cancer. The hand has only done two shows in Las Vegas since the news broke. All Australian dates were cancelled until further notice.

Fleetwood Mac are yet to reveal their touring plans for 2014.

I guess a lot of us went along to see Fleetwood Mac tonight not really knowing what to expect. No Lindsey Buckingham meant this could go horribly wrong. Instead it went wonderfully right.

Lindsey Buckingham and Christine McVie opened their tour on June 21 and were four shows in when they played Wolf Trap in Vienna, VA on Monday night (June 26).

A seventeen-minute documentary has been released on the making of the upcoming Lindsey Buckingham/Christine McVie album.