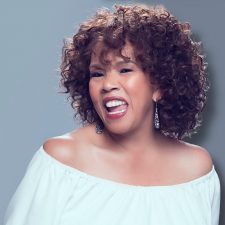 Soul star Candi Staton has been diagnosed with breast cancer.

The 78-year-old received the health news as she started rehearsals for her upcoming Unstoppable Tour, but assures fans she plans to fight on.

“I’ve been diagnosed with breast cancer,” she says in a statement. “After all I’ve gone through in my life – the domestic abuse, the bad relationships, alcoholism, fighting with record labels for royalties and all of that stuff – it’s the last thing I ever expected to go through, but I’m going through it and I plan to beat it.”

But Staton reveals she kept the diagnosis to herself at first, so she could do a little “soul searching”: “I went through all of the emotions: denial, ‘poor me’ and anger,” she explains. “It really helped me to be on the road, doing something I love to do, and was born to do.”

She’s now speaking out in the hope her diagnosis will encourage other women to get tested for cancer.

“Cancer can happen to anyone,” she adds. “I found a lump through self-check, so I really encourage women – including elderly women – to get a regular mammogram.

“Don’t let the fact that you are young or that you’ve lived a certain length of time without getting it fool you in to thinking you’re immune to it. Have yourself checked because it can happen at any age.”
Candi Staton will begin her 12-week chemotherapy treatment on Tuesday, according to Billboard.