Emah Fox says she listened to ABBA growing up - Noise11.com 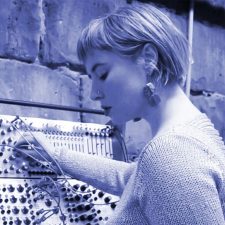 Emah Fox says she listened to ABBA growing up

High Intensity Synth Pop star Emah Fox says that when she was growing up she listened to ABBA.

In an interview with Greg Phillips at Australianmusician.com.au Emah said, “Growing up my music tastes were formed by my parents so there was a lot of vinyls like Led Zeppelin, folk stuff like Buffy St Marie and ABBA even. It was really diverse. My dad was a big music fan of popular music. I used to listen to a lot of rock stuff. I mum was a classical musician. As a kid you listen to a lot of pop on the radio”.

Emah Fox will perform at the Melbourne Synth Festival on 23 November.

Tickets for the Melbourne Synth Festival are available from Australian Musician.

Red Hot Summer Mornington sold out shortly after tickets went on sale this morning. Duane McDonald has put a second show on sale for the following day.

Lee Kernaghan To Headline the Gippsland Country Music Festival in 2021

Victoria has another music festival in 2021 with the Gippsland Country Music Festival all set with Lee Kernaghan in April.

The 2020 Screen Music Awards were held tonight and here are the winners.

For the first time since August a No.1 Album holds the top spot for a second week, as AC/DC's "Power Up" logs another week at the top of the ARIA Albums Chart.