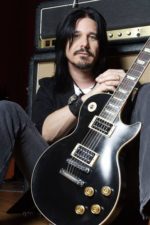 Check out the new Gilby Clarke video ‘Rock n’ Roll Is Getting Louder’.

The video was shot in Palmdale CA and Downtown Los Angeles and band performance footage in Hollywood club Oh My Ribs! It was directed by Christopher C. Pearson.

Gilby served Guns n’ Roses for ‘The Spaghetti Incident’ album as well as the ‘Live Era ’87-‘93’ record and ‘Greatest Hits’.

He was also a member of Slash’s Snakepit (1995) and played on the 2002 Nancy Sinatra album ‘California Girl’.