Gotye Gets Back To Basics - Noise11.com 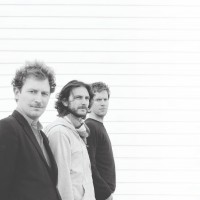 Gotye Gets Back To Basics

Back before Wally de Backer became Gotye he was Wally Basic from The Basics.

Today shortly after Gotye won the Record of the Year at the Grammy Awards, two Basics albums ‘Ingredients’ and ‘Leftovers’ were released.

‘Ingredients’ is a best of album taking songs from each of the three Basics albums and the occasion single that fell in between.

‘Leftovers’ compiles the b-sides, demos and alternate versions but also includes a previously unreleased song ‘So Hard For You’.

The Basics were Kris Basic (Schroeder) and bass, Wally Basic (de Backer aka Gotye) on drums and Tim Basic (Heath) on guitar.

The Basics had limited commercial success but their music has made its way into television shows and has been played on Scrubs and Californication.

Gotye Collaborates With J.Viewz For The DNA Project

Brooklyn songwriter and producer Jonathan Dagan aka J. Viewz has been working on his latest concept ‘The DNA Project’ and dropped by Gotye’s NYC headquarters to include some of the Melbourne performer's sounds in his project.

Gotye has denied he has any intention of becoming a politician and described yesterday’s media coverage as “click bait” despite Basics bandmember Kris Schroeder starting it all.

Gotye, Tex Perkins and Nicky Bomba will perform together in Melbourne in August as honorary Rangers.

Gotye featuring Kimbra ‘Somebody That I Used To Know’ is officially the 39th biggest song of all-time in the UK.

Gotye Gets Back To The Basics For Woodford Folk Festival

Gotye will be Wally Basic again today when The Basics, some band that he used to know, reform for the Woodford Folk Festival.

Gotye’s Next Release Is A Basics Movie

Grammy Award winning Australian songwriter Gotye’s next release will be a live album and movie.