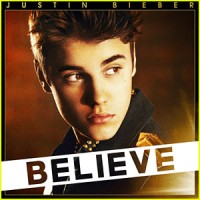 According to Billboard.com, Madonna ‘MDNA’ held the record up until this week with 359,000 sales but that was embroiled in controversy with album sales also counted with ticket sales.

For Bieber, ‘Believe’ gives him his forth number one album in two and a half years.

Mumford & Sons are pleased to unveil the first single from their forthcoming new album, 'Wilder Mind'.

Justin Bieber kicks off 2013 by announcing the release of his new acoustic album, Believe Acoustic, followed by a stint as host and musical guest on Saturday Night Live.

Reports that the CD is dead have been grossly exaggerated going by sales for the new Justin Bieber album ‘Believe’.

Justin Bieber Believe Debuts At No. 1

Justin Bieber’s third album becomes his second No.1 album here in Australia, as “Believe” debuts at No.1 this week, also becoming the 309th No.1 debut and the fifth consecutive top-spot debut.

Justin Bieber has revealed that he worked with Taylor Swift on a new song from his forthcoming album.

Justin Bieber will 'definitely surprise people' with his new material.

Justin Bieber Claims Kanye West And Drake For Next Album

Justin Bieber will be working with Kanye and Drake on new music, and Tyler The Creator wants in as well.