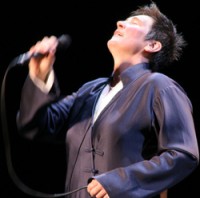 The CBC has named their list of the 25 Greatest Canadian Singers Ever, topping the list with k.d. lang.

The national network put together a panel of CBC producers and hosts who painstakingly compiled a list, a process they called “a tenuous, lawless balancing act of separating voices from songwriting skills, honouring established talents while still giving a nod to younger generations and giving due respect to those with mad skills regardless of whether they are too cool or not cool enough.”

Missing from the list are two Canadian singers who may not be considered “great” but are certainly distinctive, Neil Young and Leonard Cohen.

Here is the top ten followed by other veteran acts that made the top 25.