Michael Hutchence statue set for Melbourne – The question is why? - Noise11.com 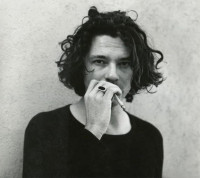 Michael Hutchence statue set for Melbourne – The question is why?

City of Yarra mayor Danae Bosler has announced that a statue of Michael Hutchence will be erected in Melbourne. The question is why?

Michael Hutchence and INXS had no association with Melbourne. INXS had its origins in Perth and was developed in Sydney. Michael was born in Sydney and died in Sydney. The Melbourne dedication makes no sense.

Hutchence had a loose link with Melbourne via film director Richard Lowenstein who filmed his movie ‘Dogs in Space’, starring Hutchence, in Melbourne. But Nicholas Cage also once made a movie in Melbourne and no-one is talking of a statue for him.

Melbourne has made some strange decisions with dedications for artists not related directly to the city while ignoring those who are. Its like we just adopt people first so no-one else can have them. Chrissy Amphlett Lane and AC/DC Lane both honor acts not related directly to the city. Chrissy hailed from Geelong and Divinyls formed in Sydney. AC/DC spent 18 months in Melbourne but originated in Sydney.

Melbourne has paid tribute to some wonderful and well deserving locals. Molly Meldrum recently had a statue dedicated, Rowland S. Howard and Paul Hester have a lane and a way in their names, John Farnham has a statue at Docklands and even Dame Edna cops a name-check in a lane in inner Melbourne.

Why not a Kylie Minogue statue, a monument to Daryl Braithwaite, Men At Work, Little River Band or Crowded House who formed in Melbourne?

The original push for the statute was to make this happen in Sydney. New South Wales politicians have no idea about the arts. However, just because Sydney can’t wrap its head around its own history is no reason for Melbourne take up its slack.

Lets look after our own legends before paying tribute to Sydney ones (or Geelong ones). Melbourne is the music capital of Australia. Honor our own first.