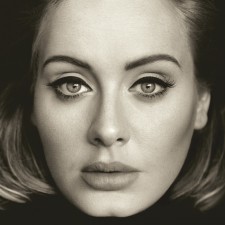 The winners of the BBC Music Awards 2015 have been revealed tonight as part of a star-studded show from the Genting Arena, Birmingham. Jammed with breathtaking performances from some of the biggest names in the international music scene, five awards were given out on the night.

Adele was crowned British Artist of the Year in the first of her double honours of the night, as revealed by Rod Stewart. Queen’s Brian May announced her second gong: BBC Live Performance of the Year for Adele at the BBC, A BBC One Special.

Adele sent a message of thanks to her fans: “Sorry I’m not there, I’m absolutely gutted but thanks so much for my award. Thank you so, so much. I hope you’re all having a wonderful night.”

Birmingham’s own International star, Citizen Khan – aka actor Adil Ray – took to the stage to announce Taylor Swift as International Artist of the Year.

Taylor Swift sent this message from Australia where she is on tour: “I wish I could be with you right now but I’m on tour in Australia. Thank you so much for this BBC Music Award for International Artist of the Year. It was an amazing highlight of the year for me getting to play Big Weekend in Norwich. You guys have been so supportive and wonderful. Thank you so much, it’s amazing.”

Chris Evans and Fearne Cotton presented Jack Garratt with his BBC Music Introducing Artist of the Year Award before his electrifying performance of Worry.

The fifth and final award of the evening was presented by Radio 1’s Greg James and Radio 2’s Jo Whiley to Hozier whose Take Me To Church was crowned by public vote as Song of the Year.

Wrapping up the event, hosts Chris Evans and Fearne Cotton also announced that the BBC Music Awards will return to Birmingham’s Genting Arena next December for the 2016 BBC Music Awards.

Hosted by Chris Evans and Fearne Cotton, the BBC Music Awards took place in front of a live audience at The Genting Arena, Birmngham and will be broadcast to millions more across the country on BBC One, Radio 2 and at bbc.co.uk/music. Radio 1 had all the backstage action during the show. The star-studded evening saw performances from an array of internationally recognised names including Ellie Goulding, Faithless, Hozier, James Bay, Jess Glynne, Little Mix, OMI, One Direction, Rod Stewart, Paul Heaton and Jacqui Abbott, Stereophonics, The Shires and Years & Years, plus BBC Introducing Artist of the Year, Jack Garratt.

One Direction got the evening started with favourite Drag Me Down then Ellie Goulding wooed the audience with Love Me Like You Do. Stereophonics performed C’est La Vie before the BBC Concert Orchestra saluted Frank Sinatra’s 100th centenary with New York New York. Hozier was next up with Take Me To Church, then Little Mix with Black Magic, followed by OMI with Cheerleader. Jess Glynne sang Hold My Hand and James Bay sang Hold Back the River. Then Paul Heaton and Jacqui Abbott teamed up with The Shires for a Country feast and sang The Austerity of Love, Nashville Grey Skies and Leaving on a Jet Plane. Introducing Artist of the Year, Jack Garratt sang Worry and Years and Years sang King. Faithless sang Insomnia and Rod Stewart had everyone dancing with a grand finale of Please and Sailing.

Adele Has No Idea When Her Next Album Is Coming

Adele has told fans she "honestly has no idea" when her new album will be released.

Adele Shows Off The New Bod

Adele showed off her seven stone weight loss as she supported "Queen" Beyonce.

Adele's latest album is no longer set to be released in September.

Adele has made an emotional appearance during a virtual service marking the third anniversary of London's tragic Grenfell Tower fire.

Adele turned 32 on Tuesday (05.05.20) and when she took to Instagram to thank fans for their well-wishes on her special day, she included a new picture of herself, revealing her slim figure.