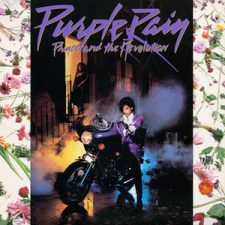 Prince’s Purple Rain-era backing band The Revolution have reunited for a series of tribute shows dedicated to their late leader.

Brown Mark, Bobby Z., Wendy Melvoin, Lisa Coleman and Matt Fink regrouped in Minneapolis on Monday to “grieve” the music legend’s death, and now they’ve agreed to pour out their feelings with music.

In a video posted on Brown Mark’s Facebook page on Tuesday, Melvoin says, “We have decided after spending three or four days together now grieving over the loss of Prince that we would like to come out and do some shows.”

The Revolution officially disbanded in 1986, but often reunited with and without Prince over the years for live shows.

Details and dates of the band’s live shows have yet to be announced.

Melvoin and Coleman, aka Wendy & Lisa, were spotted at Los Angeles International airport on Sunday, catching a flight to Minnesota.

Asked for their thoughts about their former bandleader’s death on Thursday, Melvoin told a TMZ cameraman, “We’re gonna go back and get together with our bandmates and grieve.”

Live Nation has announced Australian dates for Ian Anderson in April but with a more carefully worded announcement than Bluesfest.

Western Australia's WAMAwards nominations have been announced with Tame Impala and Troye Sivan obvious inclusions for 2016.

Out On The Weekend Reveals Stage Time For This Weekend

Out On The Weekend has revealed stage times for this weekend's music festival at Williamstown in Victoria.

CMC Rock Qld has revealed its full line-up with a dozen international acts and a batch of Australian country royalty.