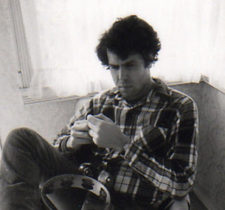 Keith Mitchell, the drummer for Mazzy Starr who played on all of the band’s albums, died on Sunday from an unknown cause.

Hope Sandoval and David Roback, members of the band with Mitchell from the beginning, said:

Our hearts are broken. We have lost the much beloved Keith Mitchell, a very talented and amazing drummer that we have had the privilege to work with for many years, he will live in all of our hearts forever… We’ll miss you Big Fella.

Mitchell played in a number of bands, such as Montor and Green on Red before joining Opal with Roback and, later, Sandoval who replaced original member Kendra Smith. Opal transitioned into Mazzy Star when Sandoval expressed a need to change the name and direction of the band to distance their new sound from the original band.

Mazzy Star released their first album, She Hangs Brightly, on Rough Trade in 1990 and, when that label’s American branch folded, they were quickly picked up by Capitol who put out So Tonight That I Might See (1993) and Among My Swan (1996).

The band separated in 1997 with Sandoval going on to work with the Jesus & Mary Chain and Roback producing. They reformed in 2000 for a tour of Europe, playing a number of new songs in their set and, even though Hope promised a new album, nothing materialised until they reformed again in 2010.

The work on the album was slow and it didn’t finally see the light of day until 2013 with Seasons Of Your Day. Mitchell played on the album and toured with the band in 2012 along with his son, Paul.