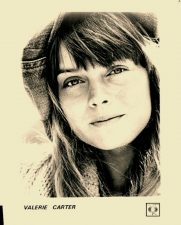 Singer/songwriter Valerie Carter has died at the age of 64.

Tributes from Steve Lukather, Shawn Colvin and James Taylor have started to pour in for the 70s singer.

RIP Valerie Carter.. She was an amazing talent and very sweet girl. One of a kind voice ..

The inimitable Valerie Carter is no longer with us. The first time I heard her all I wanted was to sing like THAT. And I tried, but no one ever will. Love you, Val.

Her passing has also been reported on her Official Fan Club page on Facebook. A cause of death has not been announced. Carter has been ill in recent years including a serious 2014 incident where reports had her “fighting for her life”.

Valerie Carter’s musical career started when she was still a teenager, playing in coffee houses and, at the age of twenty, she had her first hit with Judy Collins’ recording of Valerie’s Cooked With Honey (1973 / #32 Pop / #10 Adult Contemporary).

A message from James about Valerie Carter. pic.twitter.com/AtXk7Vob1z

Carter was also part of the band Howdy Moon which released their one, self-titled, album in 1974 with production by Little Feat’s Lowell George. George would go on to produce Carter’s solo debut, 1977’s Just a Stone’s Throw Away, which also included guest appearances from the likes of Linda Ronstadt, John Sebastian, Deniece Williams, Jackson Browne, Jeff Porcaro and Maurice White.

Valerie went on to record two more albums, 1978’s Wild Child and 1996’s The Way It Is along with the 1998 EP Find a River, but her greatest reputation came as a backup singer for a long list of artists over the years including James Taylor, Jackson Browne, Don Henley, Neil Diamond, Nicolette Larson, Ringo Starr, Jimmy Webb, Willie Nelson and many more.