Ryan Adams Wants You To Know He Doesn't Like The Strokes - Noise11.com 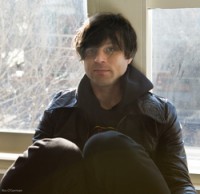 It seems that Ryan Adams might be having a bit of a hissy fit towards the Strokes.

Adams and the band used to be fairly close but, according to a new book, Meet Me in the Bathroom? by Lizzy Goodman, they had a major falling out in the early 00’s.

According to the book, which chronicles the New York rock scene just after the turn of the century, the members of the Strokes once held a meeting and decided to ban Adams from associating with them as they thought that Ryan was too influential over Albert Hammond, Jr. who was having a problem with drugs.

Jump ahead about a decade and a half and, all of a sudden, Adams starting lashing out at the band on Twitter earlier on Monday.

Albert Hammond is a more horrible songwriter than his dad. If that’s possible.
It rains in Sthtrn CA & washes out the dirt
As you were
RA x

Julian Casablancas: who got you strung out on lasagna tho?

There is no confirmation that the twitter storm was a result of Adams reading the book or hearing about it, but it certainly looks much more likely after this comment from Ryan just before we published this article.

I should’ve forced them to get addicted to writing better songs. Too bad @thekillers did it for them ; )

There have been no comment from any of the Strokes accounts.