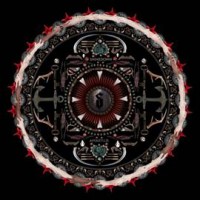 Shinedown have revealed the artwork for their upcoming ‘Amaryllis’ album and have uploaded snippets of songs for fans to absorb now.

The ‘Amaryllis’ album is due for release on March 23 through Roadrunner.

It was recorded at Lightning Sound Studios outside Los Angeles and at Ocean Way Recording and Capitol Studios in Hollywood.

Listen to some of some of the songs at the official Shinedown website.

Watch the video for the first single ‘Bully’ here: