The Kinks ‘Lola Versus Powerman and the Moneyground’ Part 1’ Turns 50 - Noise11.com 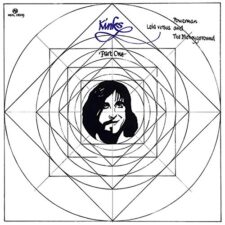 ‘Lola Versus Powerman and the Moneyground’ was originally released on 27 November 1970. The new expanded release is coming on December 18.

‘Lola Versus Powerman and the Moneyground’ featured two of The Kinks greatest hits ‘Lola’ and ‘Apeman’.

‘Lola Verses Powerman’ was the eighth studio album for The Kinks. The context of the album was to send-up the music industry.

Despite the two big hits the album failed to chart in the UK but reached no 24 in Australia and no 35 in the USA.

THE KINKS LOLA VERSUS POWERMAN AND THE MONEYGOROUND, PART ONE
Available to Pre-order here: https://thekinks.lnk.to/Lola50AnniversaryPR

Newly remastered original album (Stereo) plus other key tracks from the box set, including the IGs / e-singles

Tagged as: 60s, 70s, Lola Versus Powerman and the Moneyground, rock, The Kinks, UK