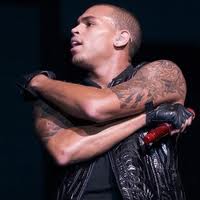 Chris Brown has launched a tirade of foul-mouthed insults at Offset, after the Migos star criticised him for sharing a meme about his friend 21 Savage.

Brown took to Instagram on Wednesday to post a meme which featured a 21 Savage music video with a British rapper doing a voice-over – poking fun at the rapper’s recent arrest by Immigration and Customs Enforcement, who claimed the musician is a U.K. national who has been living in the U.S. illegally.

Despite sharing the video, Chris appeared to be urging his fans not to make the arrest a laughing matter, writing in the caption: “Cmon Fam, Stop Playing Wit Da Mans Dem (sic).”

The short response was enough to fire up Chris, who then unleashed a torrent of threats at Offset on Twitter.

“FUCK YOU LIL BOY … SENSITIVE ASS NIGGA” Chris wrote. “BETTER WORRY ABOUT WHAT U GOT GOING AND FOCUS ON ‘YOU’. CALL ME PERSONALLY. U WANT SOME CLOUT WHEN ALL U GOTTA DO IS PULL UP. IF YOU A REAL MAN FIGHT ME.”

He concluded by writing: “Oh and another thing, “SUCK MY DICK!!”

But that clearly wasn’t enough for Chris, who then took to his Instagram Stories for round two, writing: “If he don’t get his EARTH WIND AND FIRE pootytang space suits WEARING CAP A*S LIL BOY da fuck out my comments and off my dick…”

It’s not the first time Chris and Offset have feuded. According to reports, their entourages got into an altercation at the 2017 BET Awards over Karrueche Tran – Chris’ ex-girlfriend who was dating Offset’s bandmate Quavo at the time.