Trevor Hall Has No Idea What Songs Fans Will Like From His Albums - Noise11.com 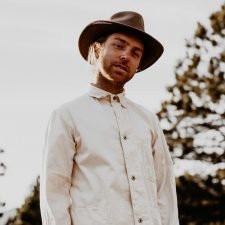 Trevor Hall says he has no idea what songs of his fans will gravitate to when he releases an album.

Trevor’s two biggest streaming songs ‘Green Mountain State’ and ‘The Lime tree’ weren’t even singles. Green Mountain State has over 43 million plays on Spotify “I have no idea what draws people to the songs,” Trevor tells Noise11.com. “When we were making that album we chose so many different songs for the Chapter of the Forest album to be the singles. We were so wrong. I don’t know why people just gravitated to that song. It was the song at shows people went crazy for. On Spotify it just surpasses so many of our other songs. I’ve been lucky enough to be playing music for so many years. On every album you think this is going to be the one, this is going to be the single. I don’t think I’ve been right one time.

The Lime Tree has had 23 million plays. “One of the most common questions I get is ‘what does the lime tree mean’ and I have no idea. I kind of have an idea but so many people have told me their interpretation and I don’t want to ruin peoples connection with the song. Did I ever think a song about a lime tree was going to be so big? You never know, you just never know”.

Trevor’s latest album ‘In and Through the Body’ is out now.

Trevor Hall – We Are In A Different Room: