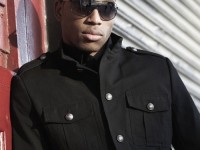 Trombone Shorty & Orleans Avenue will be in Australia for Bluesfest at Byron Bay but will now also perform a second Sydney show on April 1. They had previously been announced for March 31.

Fans in Melbourne will also be able to see Trombone Shorty & Orleans Avenue with the Tedeschi Trucks Band at Hamer Hall on March 26. They will no longer be playing Newcastle.