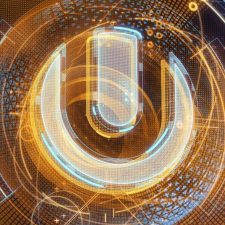 Melbourne’s Road The Ultra is being run like a police state. “No tampons”? Welcome to Australia’s most fucked up music festival ever.

Road The Ultra has issued a listed of banned items at its music festival that reads like it was written for The Onion.

Included in the list are pacifiers and glow sticks, hover-boards, opened packs of cigarettes and tampons, and NO STUFFED ANIMALS.

Comments on the Ultra Facebook page ask if this is a “festival or prison”. One guy says “thought it was a joke turns out its not”, “good luck with the worlds shittiest party” and “people actually pay for the privilege to go through this shit?”

“North Korea called, they want their list of rules back,” writes Robert Deal.

“Haha…. Are you kidding? No tampons!!! Get the fuck out. Seriously, what is wrong with this country? How can you control a womens period and think that you are not impinging on a womens rights? The lawyers will have a field day with this shit. I’m going to go back to Spain to live.
Holy shit…” says Michael McGrath.

From Cameron McDonald, “I’m praying this is a joke, if it’s not then what grumpy old prick thought up these rules? People won’t even show up.”

Organisers say that the event has a ‘zero-tolerance drug policy’. That is fair enough. To make sure you behave big brother will be watching you at all times. “Undercover police officers will be staffed to enforce drug violations”.

Ultra Australia is on this Saturday 24 February at the Sidney Myer Music Bowl in Melbourne.

Jay-Z Gets Pearl Jam, Passion Pit, Skrillex For His Festival

Jay-Z has named Pearl Jam, Passion Pit, Skrillex, Santigold, Janelle Monae and more for his Made In America festival.

Flo Rida And Paris Hilton In The Studio

Paris Hilton has posted pics of her in the studio working on new song with Flo Rida and Afrojack.

This year’s Coachella hosts big names, and some massive reunions in the form of At The Drive-In and Refused.