Wale Debuts At Top Of US Chart - Noise11.com 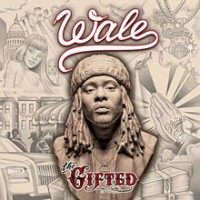 Wale Debuts At Top Of US Chart

Wale ‘The Gifted’ will easily top the US chart this week.

‘The Gifted’ is the third album for the Washington rapper. The album features appearances from Nicki Minaj, Wiz Khalifa, 2 Chainz and Cee Lo Green.

‘The Gifted’ is set to sell over 150,000 units in the USA this week putting it around 70,000 units in from of the number 2 album for J Cole ‘Born Sinner’, according to hitsdailydouble.com.

Other Top 10 debuts in the USA this week include Skillet ‘Rise’ at 4, India.Arie ‘Songversation’ at 7 and August Burns Red ‘Rescue & Restore’ at 10.

Elsewhere in the chart expect debuts from Amon Amarth ‘Deceiver of the Gods’, the Perfect Pitch soundtrack and Attila ‘About That Life’.

Kanye West is facing legal action from workers at his live opera show for allegedly not paying their wages.

Kanye West is $6m down from his ridiculous election run.

Kanye West is suing Ohio's elections chief after he was denied a spot on the state's presidential ballot.

Kanye West has failed to get on the ballot for the U.S. presidential election in his adopted home state of Wyoming.

Nick Cave Denies He Is Working With Kanye West