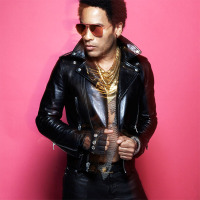 Lenny Kravitz has unveiled his new video for ‘Sex’.

The track follows radio hit ‘The Chamber’ and ‘New York City’ as the third single to be released off Kravitz’s huge tenth studio album ‘Strut’, which hit the top ten album chart internationally in 12 countries including France, Germany and Italy.

Kravitz said of the new video ‘I love the Fellini-esque vibe of the video. When I heard the concept, I knew that Dikayl was out of his mind; and that was the attraction.’

The videos director Dikayl Rimmasch said ‘I couldn’t think of anything more surreal. It made me laugh. Lenny went for it. The shoot was chaotic.
The day after I walked to the beach with a hangover, laid in the sand, and thought -“what have I done?”‘

Regarded as one of the preeminent rock musicians of our time, Lenny Kravitz has transcended genre, style, race and class into a 20-year musical career, one which revels in the rich influences of ’60s and ’70s soul, rock and funk. Kravitz’s talents as a writer, producer and multi-instrumentalist have resonated now through ten studio albums into a timeless catalogue.

Dikayl Rimmasch is a filmmaker and photographer based in New York. He has collaborated with numerous musicians. Most recently he directed a 3 part film series starring Beyonce and Jay Z for the couple’s On the Run tour. Over the past 10 years Dikayl has also continuously collaborated with Ralph Lauren on the RRL label; Dikayl consults on the brand aesthetic, store design, labels, and directs and photographs their print and film campaigns.

Lenny Kravitz To Release His Memoirs

Lenny Kravitz will detail his childhood up through the release of his 1989 debut album in a forthcoming memoir, titled Let Love Rule.

Bluesfest 2020 Has Been Cancelled

The Bluesfest music festival for 2020 has been cancelled.

Zoe Kravitz Is The New Catwoman

Zoe Kravitz, daughter of Lenny Kravitz, granddaughter of Roxie Roker, has been cast as Catwoman for the 2021 Batman movie ‘The Batman’.