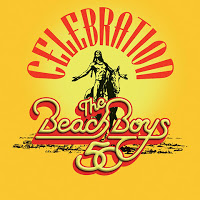 Last November, the Beach Boys released a rather anemic DVD and Blu-Ray with highlights from their 50th anniversary tour, but fans were left disappointed when only about half the songs from the concert were included.

On May 21, Capitol/UMe will give the people quite a bit more of what they want with Live: 50th Anniversary Tour, a two-CD set with 41 songs from the tour, a full twenty more than on the videos.

The 2013 reunion tour brought together Brian Wilson, Mike Love, Al Jardine, Bruce Johnston and David Marks together for the first time in two decades. The band played more than 70 cities around the world during the tour, playing marathon shows of both Beach Boys favourites and deeper album cuts, including songs from their album That’s Why God Made the Radio.