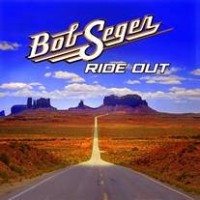 EMI Australia will not be releasing the new Bob Seger album ‘Ride Out’.

‘Ride Out’ was released on EMI’s Capitol label in the USA on October 14. The album debuted at no. 3 on the American album chart.

‘Ride Out’ even has an Australian connection. Bob Seger has covered Kasey Chambers and Shane Nicholson’s ‘Adam and Eve’ for the record.

Bob Seger is also in tour mode with word that Australia may also see its very first Bob Seger tour in 2015.

Considering the popularity of Bob Seger and his daily play nationally on classic rock radio in Australia the decision to not release such a major’s artists new release is very strange indeed.

Bob Seger is playing off songs from 1969 to 1991 as he performs his Final Tour shows across America.

The complete recordings of Bob Seger’s early band The Last Heard have been compiled and reissued for the first time.

Bob Seger Is Recovering From Surgery

In early October, Bob Seger postponed nineteen dates of his Runaway Train Tour due to reported back problems.

Bob Seger will release his eighteenth studio album, I Knew You When, on November 17 via Capitol Records and he is dedicating the record to Glenn Frey.

Bob Seger Postpones 19 Dates Due To Back Issues

Those of us who are getting older know all about how debilitating a bad back can be. Bob Seger has joined the rest of the mortals in that category.