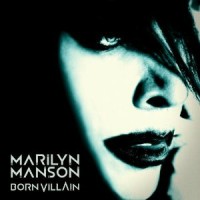 Damon Albarn of Blur and Gorillaz comes through with his next project, the musical accompaniment to a stageshow about the medical and scientific advisor to Elizabeth I, Dr Dee.

On the local tip, Perth pop- rockers End Of Fashion have Holiday Trip Of A Lifetime, Sydney electro upcomer Catcall has her debut The Warmest Place and Melbourne outlaw blues trio Gruntbucket have Songs From An Empty Room.

It’s a double whammy of blues icons, with Howlin’ Wolf’s The Back Door Man and Muddy Waters’ Messin’ With The Man: 1953-61.

If Gregorian chants are more your thing, Monks Of The Desert offer Blessings, Peace And Harmony. There are also a stack of Placido Domingo re-releases and the soundtrack to behind-the-scenes musical TV series Smash.

Check out our chat with Andrew Wishart about his debut below.