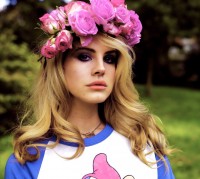 New Lana Del Rey music has surfaced with two unreleased Lana Del Rey songs surfacing online plus a cover written by Lana and sung by Cheryl Cole getting a release.

When you listen to both of the Lana songs ‘Noir’ and ‘Dynamite’ it is not hard to understand why they were never released. ‘Dynamite’ is painful and ‘Noir’ sounds like an experiment gone wrong.

You can listen to both of the songs below.

Meantime, one new Lana Del Rey song that did make it all the way to release hasn’t come from her. Cheryl Cole’s new song ‘Ghetto Baby’ was written by Lana Del Rey. The song is featured in Cole’s third album ‘A Million Lights.

Girls Aloud have called it quits.

Cheryl Cole and will.i.am were involved in a car accident yesterday(29.08.12) but apart from whiplash, both are fine.

There are some big guns releasing albums this week, including Fiona Apple, Linkin Park, Maroon 5, and Smashing Pumpkins.

Will Rihanna and Cheryl Cole Record A Duet This Week?