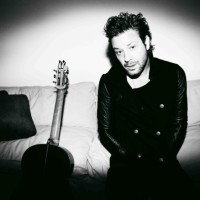 Adam Cohen’s new album ‘We Go Home’ will be released worldwide this week.

Adam also recorded an album with the band Low Millions 10 years ago.

‘We Go Home’ was recorded on the Greek Island of Hydra. “Making an album in the comfort of home on makeshift equipment with this band of touring musicians who had become my family immediately offered a beacon of hope that no studio or session players or priceless gear ever could,” Adam said in a statement.

The sessions then switched to Adam’s hometown of Montreal. “I knew I was painting a target on my back , making my album in the so-called homes of Leonard Cohen, but they’re my homes too. These are the walls that saw me grow up the most and that I needed to come back to. My muse is my home.”

‘We Go Home’ is out now through Cooking Vinyl.

Leonard Cohen will release his next album ‘You Want It Darker’ soon and it was produced by his son, singer songwriter Adam Cohen.

Adam Cohen will return to Australia national dates in March.

Neil Wedd’s new Regal Ballroom in Melbourne will open with a stellar line-up over coming months.

The Port Fairy Folk Festival has added another 25 local and international acts including John Butler and Adam Cohen.

Leonard Cohen’s son, Adam, brings his familial talent to Australia for the first time in March 2012.