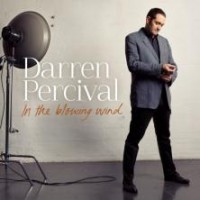 The Voice finalists Darren Percival, Sarah De Bono and Rachael Leahcar will all release albums on July 13 with singles out today.

Darren’s album ‘Happy Home’ will feature the single ‘In The Blowing Wind’.

“To have wandered patiently over 20 years of performing live, song-writing and recording, to be standing here on the eve of my debut release is incredibly humbling. This is a dream come true,” he said in a statement.

Sarah’s album is ‘No Shame’ and the single out today is the title track. “I am so excited for my fans to hear my single and album “No Shame”. It has been such an amazing journey and you guys have been with me the whole time…and this is only the beginning!” she said.

Rachael’s album is titled ‘Shooting Star’. The single is ‘Coming Home Again’. “I am very excited and grateful to be working with such a great team of people to produce the best quality of music and performances possible. It’s all happened so fast but of course, I welcome it all with wide open arms! Looking forward to a very musical future,” she said.

All albums were produced by Eric J Dubowsky. Eric produced all 120 songs from the TV show The Voice as well as the new songs on the albums. Originally from New York City, Eric has worked with Weezer, Joss Stone and Carolina Liar. After moving to Australia he has worked with Art Vs Science, Faker and Ben Gillies.

The tracklisting for the albums:

The Voice winner Karise Eden released her album ‘My Journey’ on Tuesday.

The Queenscliff Music Festival in November has announced its third round of artists with Sticky Fingers and D At Sea making the list.

Jimmy Barnes To Perform At Concert For Cambodia

Jimmy Barnes will make a special guest appearance at the Concert For Cambodia to be held in Sydney in September.

The Queencliff Music Festival is offering a grant of up to $10,000 for emerging artists.

Karise Eden’s “My Journey” album holds for a fourth consecutive week at No.1 on the ARIA Albums Chart, as her former competitors debut all below her, giving us four acts from ‘The Voice’ within the Top 10 this week, something which Australian Idol could only do once with two albums from two former acts (winner Guy Sebastian & runner-up Shannon Noll for a single week in April of 2004).

The Voice Stars Kick Off This Week’s New Releases

We have three Voice albums, as well as discs from Angus Stone, HellYeah, Nas, Chris Botti and more.

Classic Motown and soul songs will soundtrack The Sapphires film, sung by Jessica Mauboy and the original stars.

The Voice gave this week’s Australian chart a number of firsts and they were all bad. Never before have so many songs debuted one week and disappeared the next.