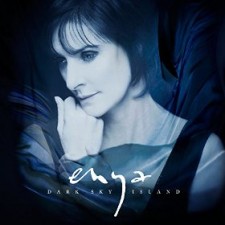 Enya Debuts At 8 In The USA

There is really only one story when it comes to the U.S. record business this week and it has to do with a rather young artist, at least in the scope of this site, Adele. Her third album, 25, set a record by selling 3.38 million albums in its first week smashing the previous record of 2.42 million by N’SYNC for their 2000 album No Strings Attached.

There are no reliable numbers for week-by-week sales for albums released prior to the start of the Soundscan era in 1991 when actual sales started to be tracked but it most certainly would rank up with the greatest debuts of all-time, even compared to the heyday of the Beatles.

Plus, it’s continuing to sell huge. 25 has already passed the four million mark at ten days. That’s putting it in the area of Taylor Swift’s 1989 which was being hailed as a miracle in the current depressed atmosphere of album sales and that album has been out for over a year.

As far as veteran artists go, Enya has the biggest debut of the week with Dark Sky Island coming in at number 8. That ties the new set with her last release, 2008’s And Winter Came… as the third highest charting album of her career in the U.S. Enya’s A Day Without Rain (2000) peaked at number 2 while 2005’s Amarantine went to number 6.

It appears the interest in the Grateful Dead’s “final” shows were not as high as anticipated. While a number of archive live releases have landed in the top twenty over the last few years, their Fare Thee Well box set with all three of their Soldier’s Field shows could only debut at 47. The double disc best of set also charts at 130.

At 74 is the premier of the collection Icon Christmas: Frank Sinatra while Tracy Chapman starts at 105 with her Greatest Hits.

Along with the Grateful Dead sets, another surprising weak start goes to the soundtrack from Roger Waters’s The Wall which debuts at 134. The U.S. may just be “Walled” out with the various versions, both studio and live, that have been released over the years.

The top five albums this week in the U.S.:
25 – Adele
Purpose – Justin Bieber
Made in the A.M. – One Direction
Top 5 Dead or Alive – Jadakiss
Beauty Behind the Madness – The Weeknd