Future Tops US Chart, Tame Impala Comes In At 4 - Noise11.com 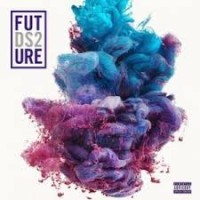 Future Tops US Chart, Tame Impala Comes In At 4

Since his 1990 debut album, Here in the Real World, all sixteen of his albums have made it into the country top four and ten have made it to number 1. Angels and Alcohol debuts this week at number 2.

Even more amazing for a country artists, with the exception of his debut, every one of his albums have made the top ten on the Top 200 albums, including ten top tens and three number 1’s. Angels debuts this week at number 5.

Gospel singer Karen Clark-Sheard scores the biggest album of her career, by far, with Destined to Win. While her first solo album didn’t come out until 1997, she had been featured on singles from other artists back into the mid-70’s. Destined to Win opens at number 20, smashing her previous best of 82 for 2002’s 2nd Chance.

Sublime with Rome, the collaboration between the band Sublime and guitarist Rome Ramirez, premiers at 34 with Sirens, their second album with Rome and fifth studio album overall. The position is a drop from their last set, 2011’s Your’s Truly, which started at 9.

At 45 is the 70’s-based soundtrack to Guardians of the Galaxy, marking a full year that the album has been in our weekly top ten albums by veteran artists in the U.S. Plus, it could be there longer as the album rises this week from 72.

The Chemical Brothers debut at 73 with Born in the Echoes, continuing a downward trend in chart position that has happened ever since their second album, Dig Your Own Hole, went to number 14. Every album released since that time has charted the same or lower than the one before with Echoes dropping ten from 2010’s Further.

Country superstar Alan Jackson will return to Australia in September.

George Jones was laid to rest on Thursday after a 2 and a 3/4 hour ceremony at the Grand Ole Opry house in Nashville.

Roots star Xavier Rudd kicks off a mixed bag of albums this week with Usher, Hot Chip, The Hives, Diesel and more.