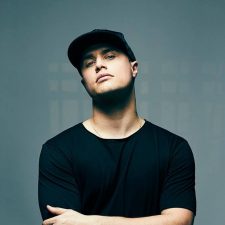 Heath Johns, Managing Director of BMG Australia, said, “Al is a multi-platinum, festival headliner with ARIA and APRA Awards and nine-figure streaming stats under his belt. He is the most accomplished and versatile songwriter in the Australian hip-hop community, so it is no surprise that this was a hotly contested deal. For Al to choose BMG as his new global publishing partner is no small honour and we look forward to showing him how our global team will mobilise to help make his greatest record yet”.

Illy said, “I’m really excited about signing with BMG. Heath and the team made it very clear they wanted to work with me, and it’s awesome to have people in my corner so up for it. Now I can get back to being a musician and look forward to 2019!”.

Illy recently signed with Sony Music for his next release due in 2019.

Cat Power will perform a second Zoo Twilights show after selling out the first one on February 9.

Singer Niall Horan marked the one-week anniversary of the bombing in Manchester, England by dedicating his song This Town to the victims of the tragedy.