John Edward Is Coming Back To Australia - Noise11.com 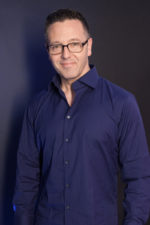 John Edward Is Coming Back To Australia

Psychic medium John Edward will trek back to Australia for appearances around the country in November.

John Edward wrote his first book in 1998. After an appearance with Larry King Live to promote the book people started contacting the show prompting an offer for his own show the following year.

He started Crossing Over with John Edward in 2001. That established his position on TV. Next came John Edward Cross country and the world was watching.

John’s fame and notoriety grew to the point where even South Park had a go at him. It may not have been a nice nod but it demonstrated how famous he had become.

John Edward is coming back to Australia

Psychic John Edward will return to Australia in October.

The Superjesus, The Tea Party And John Edward Talk This Week On iHeartRadio Music News

iHeartRadio Music News powered by Noise11.com has a big week with touring acts this week with Sarah McLeod of The Superjesus and Jeff Martin of The Tea Party talking about their upcoming tour together.