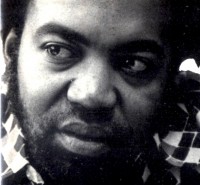 Jamaican reggae star Lloyd Charmers has passed away in London after suffering a massive heart attack while driving.

His first band was The Sweet Charmers with friend Roy Wilson at age 15. In 1966 he joined The Flames and contributed to songs like ‘Rock Steady’ and ‘Duke of Earl’.

Next came time with Keith ‘Slim’ Smith and Martin and Jimmy Riley in The Uniques and a string of UK hits for the Tramp label.

In 1969 he started his own record label Splash and became a producer.

Charmers recorded the song ‘Birth Control’ which proceeded to get a x-rating and was banned from airplay but was revived years later by The Specials on their 1979 hit ‘Too Much Too Young’.

Lloyd Charmers died on December 27, 2012. Prior to his heart attack he had shown no signs of ill-health. He was rushed to Homerton Hospital in East London but pronounced dead on arrival.

A complete obituary to Lloyd Charmers can be found here in the Trojan Records website.