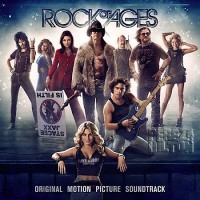 Tom Cruise and Alec Baldwin Sing For Rock of Ages

When Rock of Ages opened on Broadway, it contained a long list of 80’s rock anthems performed by the actors who were, for the most part, unknown to popular music audiences.

That changed a bit when a number of known artists started taking over roles for a short time such as Dee Snyder.

Get ready for the movie version of the show, set for a June 15 release. As with most Broadway to Hollywood transfers, the producers have stocked the film with names like Tom Cruise, Alec Baldwin, Russell Brand, Julianne Hough, Paul Giamatti, Catherine Zeta-Jones and Mary J. Blige.

We know some of those people can sing. Zeta-Jones won an Academy Award in Chicago, Julianne Hough topped the country album chart and there’s little that can be said about the talent of Mary J. Blige, but what of Cruise, Baldwin and Brand?

We don’t know quite yet, but we will find out on June 5 with the soundtrack album is released WaterTower Music.

The film’s director, Adam Shankman, said “Taking classic, beloved rock anthems and seeing them through the unique perspective of the characters in the film was such an exciting prospect for me in directing Rock of Ages. We had a phenomenal cast who performed these songs in such a powerful way, adding depth and meaningful imagery to the film. I was lucky to have a partner in Adam Anders who, better than anyone working today, understands how to take popular songs and seamlessly repurpose them to tell a story with unparalleled originality and success.”

Executive Music Producer Adam Anders added “It’s an enormous thrill to introduce the soundtrack of Rock of Ages to the world. While re-imagining these songs for the film, it was important for me to present them in a way that would not only tell the story, but transcend generations by making these songs relevant for today’s audience. This soundtrack truly captures the incredible performances of a very talented cast who brilliantly reinterpreted these songs with us in the spirit of the film. I am really proud of this soundtrack as it is definitely one of the highlights of my career.”

30 Rock Is Coming Back For One One-Hour Reunion Special

The cast of 30 Rock is getting back together for one one-hour special in July.

Actor/Director Zach Braff has put the call out to Alec Baldwin to replace Demagogue Trump at the White House Correspondents Dinner.

Malcolm Turnbull Gets A Name-Check In Saturday Night Live Opener

Donald J. Trump, the second most voted for politician at the 2016 American election, has once again gone into meltdown over a comedy sketch on Saturday Night Live.

Donald Trump, the man who will be the next president of the Divided States of America, went into tantrum mode after a Saturday Night Live sketch on the weekend.

Lena Dunham says the thought of Rihanna getting back together with Chris Brown "cracks my heart in half".