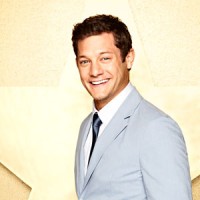 Young Talent Time Wins In Quality But Fails In Ratings

The revival of Young Talent Tim was a ratings disappointment for Network TEN with the final show attracting less than half the audience it started with at the beginning of the season.

The Young Talent Time finale drew just 420,000 viewers and came in at number 20 in the ratings last night.

The first show of the comeback drew more than 1 million viewers.

So what went wrong? For starters, TEN panicked when the show did not get its projected ratings for Sunday nights. In March, the audience had shrunk to 689,000 viewers so TEN moved the variety program to Friday night.

The new family unfriendly timeslot took the show into a ratings free-fall and by last night another 260,000 had switched off since that March figure.

The pity is that compared to the other roadkill talent shows such as The Voice, X Factor, Australia’s Got Talent and the now axed Australia Idol, Young Talent Time gave young talent a platform to showcase without ridicule.

Apparently, Australia would rather the road-kill.

Show’s like The Voice are a proven ratings hit but they are hardly music shows. They are novelty contests dressed up as music programs. If Delta Goodrem and that Good Charlotte guy are the gate-keeper of the music industry these days, anyone with any talent might as well give up now.

Yesterday when I was having a chat with Young Talent Time host Rob Mills I asked him what he thought of Australian Idol, the show that made him famous in the first place. He said he uses the experience of his time in Idol to warn kids about that negative side of the industry. We’ll bring you that interview with Rob’s comments next week at Noise11.com.

Rob also confirmed that at this point Young Talent Time has not been renewed for a second season.

Regardless, he is taking the show on the road in June and July.

Former Australia’s Got Talent winner Mark Vincent has scored the role of Billy in the upcoming Australian production of ‘Dirty Dancing’.