ARIA Update: Robin Thicke Hangs On To Number One For 7th Week - Noise11.com 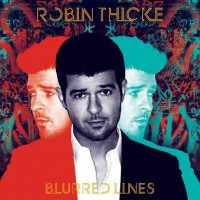 ARIA Update: Robin Thicke Hangs On To Number One For 7th Week

With Robin Thicke in the country last week doing press and performing his song “Blurred Lines” on The Voice grand finale Monday night (20-June), it has kept his song at the top of the ARIA Singles chart for a seventh week.

The last song to stay at the top for that amount of time was Macklemore & Ryan Lewis during (our) summer with “Thrift Shop”. And Passenger moves back up two places to No.2 with “Let Her Go”, with the song now certified 5x▲ (Platinum) in sales, having spent the past fourteen weeks inside the Top 4.

Daft Punk and Pharrell move back up one place to No.4 with “Get Lucky”, whilst The Voice winner Harrison Craig is only down three places to No.5 with his version of “Unchained Melody”, possibly helped by the screening of ‘Ghost’ on Thursday night also. Voice fourth placed Danny Ross did a duet with his mentor Joel Madden on the Bastille track “Pompeii”, which helps the song to climb back up three places to No.6 and the track is now 2x▲ in sales.

The Voice judges debut higher than the winner this week, with Delta Goodrem entering at No.7 with her new single “Heart Hypnotic”, which could be a taste of her new album, as it’s not on ‘Child of the Universe’ which re-enters at No.92 on the albums chart this week. This new single becomes Delta’s fifteenth Top 10 single and her 22nd chart entry overall, as she recently went to No.4 alongside Gurrumul with “Bayini” (which drops out of the Top 100 after two weeks on the chart).

After leaping into the Top 10 last week 2 Chainz and Wiz Khalifa fall back two places to No.8 with “We Own it”, but should be happy that the track has already achieved Gold (●) here in sales, as too has Olly Murs, who is up one place to No.10 with “Dear Darlin’”, now his second Top 10 hit in Australia after “Troublemaker”. In between those two new Gold tracks is Timomatic with “Parachute” at No.9, which is down a couple of places from its debut of No.7 last week.

NEW PEAKS & MOVERS: Imagine Dragons move up four places to a new peak of No.12 with “Radioactive”, while Jessie J is back up one place to No.14 with “Wild” (HP-11). Empire of the Sun debuts at No.3 with their new album which helps boost their current single “Alive” (now ●) up a massive seventeen places to a new peak of No.22. Miley Cyrus holds at her entry position of No.26 with “We Can’t Stop” whilst Sheppard’s self-titled EP is up a couple of places to a new chart height of No.27. Taylor Swift and Ed Sheeran are up four places to No.31 with “Everything Has Changed” and Vance Joy leaps into the Top 50, up thirteen places to No.41 with “Riptide”. Fergie is up to No.43 with “A Little Party Never Killed Nobody” from ‘The Great Gatsby’ soundtrack (TW-5) and also entering the fifty for the first time is Sebastian Ingrosso with Tommy Trash and John Martin on “Reload”, up ten places to No.45.

DOWN DOWN: Matt Corby’s “Resolution” is down a place to No.11 after three weeks inside the Top 10 (HP-5), with the song now certified ●, with Mariah Carey’s “#Beautiful” (HP-6) falling down five places to No.13 after also three Top 10 weeks. Lana Del Rey is down six places to No.18 with “Young and Beautiful”, and after peaking at No.17 last week, “Wing$” for Macklemore & Ryan Lewis is back down to No.21 but is also certified ● in sales, whilst their former No.1 “Can’t Hold Us” is down to No.25 and re-certified 4x▲. Big drops come from Little Mix and Missy Elliott who tumble seventeen places to No.50 with “How Ya Doin’?” (now ●) and Karise Eden’s “Threads of Silence” which is down twenty-nine places to No.57.

Ryan Tedder from OneRepublic was part of The Voice Season 2 this year, helping mentor Delta Goodrem’s team, and he along with his band OneRepublic performed their new song “Counting Stars” on the finale last week. This becomes their seventh chart entry in Australia since “Apologize” (HP-1×8, Dec 2007, which returns to the Top 100 at No.80 this week), and the second single from their “Native” (returns at No.14 this week) album, the first being “If I Lose Myself” (HP-53, April 2013).

Swedish DJ Avicii returns to the ARIA Singles chart at No.42 with “Wake Me Up” featuring singer Aloe Blacc as guest vocalist. This becomes his fifth single to chart here and his third Top 50 placing. He recently landed his first Top 10 single in Australia with “I Could Be the One” which leaves the Top 100 this week after 23 weeks in the Top 100 (peaking at No.4). This track is taken from his September due debut album “#TRUE”. It’s also Aloe’s second chart entry after “I Need a Dollar” (HP-11) from 2011.

Lower 50: New entries in the lower half of the chart this week come from future ‘X-Factor’ judge here Redfoo (from LMFAO) with “I’ll Award You with My Body” at No.58, Sean Paul and “Other Side of Love” at No.60, becoming his fourteenth chart entry in Australia. Jack Johnson debuts at No.64 with “I Got You” which is his seventh chart entry, and former UK No.1 single “La La La” by Naughty Boy featuring Sam Smith debuts at No.69. John Newman lands his first solo chart entry at No.81 with “Love Me Again”, and there are re-entries from Sam & The Womp with “Bom Bom” at No.88 and Rudimental and “Not Giving in” back in at No.98.

R.I.P., in 2013 more than 150 musicians, songwriters, producers, actors and writers passed into Rock and Roll Heaven including the writer of the song, Alan O'Day.

Not since this time last year has a song spent such a long time at the top of the ARIA Charts, as this week Robin Thicke with T.I. and Pharrell with “Blurred Lines” spends an eighth week at No.1; plus the song is now re-certified 4x▲(Platinum) in sales, that’s 280,000+ in sales so far.

Massive Attack will headline the Harvest Festival for 2013.

Troy Cassar-Daley And Adam Harvey Are Bigger Than Yeezus

Troy Cassar-Daley and Adam Harvey outsold Kanye West this week on the ARIA chart with a collection of country covers.

The big winner of The Voice was without a doubt Robin Thicke. Thicke’s ‘Blurred Lines’ outsold Voice victor Harrison Craig’s ‘Unconditional’ by almost 4 to 1 in the past week but also sold more than the Ricky Martin and Delta Goodrem sales added together.

It was either going to be Kanye West or Empire of the Sun to take out the No.1 spot in Australia this week, but they land at No.2 and No.3 respectively, as local country artists Troy Cassar-Daley and Adam Harvey have teamed up and their collection “The Great Country Songbook” takes the new No.1 spot on the ARIA Albums chart this week.

ARIA Midweek Report: Harrison Craig Misses Out On No 1

The Voice Grand Finale screened across Australia on Monday night, and with the multiple performances from guest acts and judges, it seems like the winner Harrison Craig might not be able to secure himself the No.1 spot in the country this week with his newly released winners single “Unconditional”.