ARIA Albums: Zayn Has The No 1 Album In Australia - Noise11.com 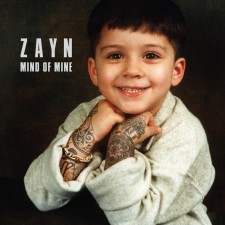 Zayn Mind of Mine

ARIA Albums: Zayn Has The No 1 Album In Australia

The debut album for former One Direction member Zayn (Malik) entitled “Mind of Mine” enters at the top of the ARIA Albums Chart this week, just over one year since he first announced his departure from the former five-piece (late March 2015).

“Mind of Mine” is also the first album to reach No.1 in Australia with the word ‘mine’ within its title, whilst the ‘mind’ has been to the top on two previous occasions, firstly the ‘Dangerous Minds’ soundtrack (2 weeks from 22nd Oct, 1995) and more recently for Mumford & Sons with “Wilder Mind” (1 week on 11th May, 2015). Zayn also debuted at the top in New Zealand and England this week with his first album, plus here his set becomes the 146th Album by an English act to make it to #1 (third this year after The 1975 and David Bowie), and he is also the 211th Solo Male act to land a No.1 album here (third this year after Matt Corby & David Bowie). Plus Zayn also becomes the 69th English Act to hit the top of the Australian Albums chart and the 26th Solo English Male Artist to achieve the feat, the first was at this time in 1971 with George Harrison’s “All Things Must Pass”.

Adele jumps back up to No.2 with her “25” album after spending the past four weeks at No.4, but stable at No.3 for a third straight week is the TV Soundtrack “Molly”. The fourth album for British band Asking Alexandria debuts at No.4 this week entitled “The Black”, which becomes their third album to chart here, but more importantly its their first ever Top 10 entry, as they have previously charted with “Reckless & Relentless” (LP#2, HP-30, April 2011) and their previous best effort was their last entry “From Death to Destiny” (LP#3, HP-11, August 2013). 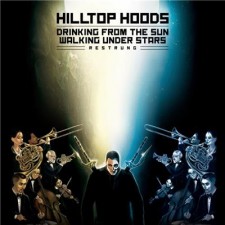 The Hilltop Hoods hold at No.5 for another week with “Drinking… Walking… Restrung” which achieves Gold (●) in sales this week, after which we see last weeks No.1 debut for Violent Soho in “WACO” drop down five spots to No.6, whilst back up one spot to No.7 is Justin Bieber with “Purpose”, which is now 3x▲Platinum in sales. The chart-topping album from three weeks ago in “Telluric” by Matt Corby is down six places this week to No.8 and returning for its 67th week within the Top 10 is Taylor Swift and “1989”, which is up four places to No.9, which also means that there are eight former or current No.1 albums within the Top 10 this week. The third and final Top 10 debut comes in at No.10 this week, the third album for UK singer Birdy entitled “Beautiful Lies”, which also becomes her third Top 10 album here after her self-titled set which hit No.1 for a single week in early September of 2012, then her second set “Fire Within” debuted and peaked at No.5 in early October in 2013.

UP: Elle King climbs three places to a new peak of No.11 with her debut album “Love Stuff” and back up four places to No.12 is Sia with “This is Acting” and thanks to their No.15 single this week, Disturbed climb six to No.13 with “Immortalized”. “Blurryface” by twenty one pilots rebounds five to No.24 and leaping back up fourteen to No.28 is Sam Smith with “In the Lonely Hour”. Last weeks debut for Melissa Etheridge titled “This is M.E.” halves its position, jumping thirty-four spots to land at a new peak of No.34 and up thirteen to No.35 is the Icehouse compilation “White Heat: 30 Hits”, and returning to the Top 50 are “Badlands” by Halsey (60 to 42) and “The Strength of Street Knowledge: The Best of” for N.W.A. (63 to 48).

DOWN: There are four albums dropping out of the Top 10 this week, with Macklemore & Ryan Lewis down five to No.14 with “This Unruly Mess I’ve Made” (HP-6, WI10-4), which is the same position that their track “Dance off” is over on the singles chart this week. Jeff Buckley drops thirteen places to No.23 with “You and I” (HP-2, WI10-2), and the last two dropouts both debuted within the ten last week, with Iggy Pop’s first Aussie Top 10 album “Post Pop Depression” (HP-7) falling twenty-three to No.30 and the third Gwen Stefani album “This is What the Truth Feels Like” (HP-6) tumbles down twenty-seven to land at No.33 this week. David Bowie’s compilation “Nothing Has Changed: The Best of” is down five to No.16 and dropping six to No.27 is the Jon English collection “Six Ribbons”. Kendrick Lamar’s No.1 album from 2015 (Pimp) is still within the Top 20 after over a year of charting, but his latest album “Untitled Unmastered” drops twelve this week to No.29 after four weeks on the chart, and down eleven to No.31 is David’s other album “Blackstar”. Last weeks debut for the soundtrack to “Batman vs. Superman: Dawn of Justice” is down eleven to No.45 and dropping twenty-two spots to No.50 is Killswitch Engage with “Incarnate”. Falling into the lower fifty are Alessia Cara (40 to 54), Bethel Music (32 to 55), The Drones (12 to 58), “Off the Wall” by MJ (27 to 59), Madonna’s two other albums dropout this week, whilst her collection “Immaculate Collection” drops (31 to 60), Troye Sivan (39 to 67), the “Frozen” soundtrack (50 to 73) with albums dropping out hundred from last weeks Top 50 being Koi Child (#25), Madonna’s “Rebel Heart” (#33) and the latest Underworld set “Barbara Barbara, We face a Shining Future” (#36).

The tenth studio album for Swedish death metal act Amon Amarth becomes their first chart entry in Australia this week entitled “Jomsviking” a Viking love concept album, which comes in at No.15. Also making their first chart entry within the Top 20 is American blues guitarist Joe Bonamassa with his twelfth studio set “Blues of Desperation”, which debuts at No.17 this week.

The third and final Top 20 debut this week is religious group Planetshakers with “Momentum (Live in Manila)” coming in at No.20, which becomes their fourth chart entry and highest charting album so far, as their three previous entries all peaked within the Top 30. Melbourne four piece band The Bennies who play in a style of “Psychedelic Reggae Ska Doom Metal Punk Rock from Hell” (as quoted from their website) land their first chart entry this week by debuting at No.40 with “Wisdom Machine”, and the final Top 50 entry at No.46 is the first albums chart entry for Kiiara, the EP is titled “Low kii Savage” and features her former Top 10 single “Gold” (TW-17, HP-5).

Lower 50: The debut album for Aurora again climbs for a second week, as “My Demons Greeting Me as a Friend” jumps up sixteen places to No.51, and jumping up twenty-four spots to No.52 is The Spice Girls’ “Greatest Hits”. “Currents” for Tame Impala is back up ten spots to No.61 and Sia is up with “1000 Forms of Fear” to No.62 (rising 25 spots this week), and The Beatles see their “Abbey Road” album up fifteen to No.66 and they return at No.77 with their massive selling “Sgt. Peppers” album. “Graceland” for Paul Simon is back up twenty-eight spots to No.68 and “Thriller” for Michael Jackson rises twenty-three to No.70, whilst a more recent album in “Death of a Bachelor” by Panic! At the Disco is back up twenty-four to No.71.

Swedish electro/pop singer Ellinor Miranda Salome Olovsdotter goes by the stage name of just Elliphant and her second album “Living Life Golden” debuts at No.76 this week, becoming her first chart entry here in Australia, as her debut set “A Good Life” (2013) failed to hit our Top 100. The final lower fifty entry this week is the just opened stage play/musical “Matilda: The Musical”, which was written by local singer/songwriter Tim Minchin, and the cast recording comes in at No.85.

Tagged as: ARIA Albums, ARIA Albums: Zayn Has The No 1 Album In Australia, Hilltop Hoods, Mind of Mine, music news, Zayn