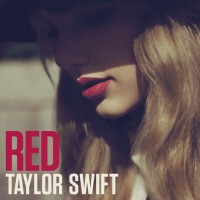 Music sales have registered at 3.1% increase in the USA for 2012, according to figures from Nielsen SoundScan.

The biggest selling album of 2012 was Adele ‘21’ with just over 4.4 million sales. Number two was Taylor Swift ‘Red’ with 3.1 million sales.

Universal Music was biggest label of 2012

Jack White bumps The Beatles from top of vinyl chart

Gotye had the biggest selling song of 2012 in the USA

Adele was the biggest selling artist of 2012

Adele Has Biggest Seller Of The Decade So Far In UK

The Official Charts Company in Britain have released their list of the forty biggest selling albums of the decade so far.

Adele is reportedly 'taking her time' to figure out who to work with on her new album.

Adele Was Biggest Selling Artist Of 2012 In USA

Adele Overtakes Oasis To Become Forth Biggest Seller In UK

Adele ‘21’ has become the forth biggest selling album of all-time, moving ahead of Oasis ‘What's The Story Morning Glory.

Adele’s ‘21’ album has sold over 10 million units, meaning it now qualifies for a Diamond certification.

The Adele album ‘21’ has departed the Australian Top 10 for the first time in 15 months.