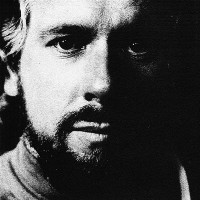 The music of Kevin Johnson is available again for the first time in decades.

Queensland singer songwriter Kevin Johnson first made the Australian charts in 1971 with ‘Bonnie Please Don’t Go’ (no 9). The song was covered by Jim Ed Brown in the USA and became an American country hit titled ‘She’s Leaving’ (mo 37 US country, no 27 Canada country). Brown also used the song as the title track of his 1971 album (no 41 US country).

Kevin Johnson’s biggest hit ‘Rock And Roll I Gave You The Best Years Of My Life’ in 1973 became an Australian classic.

Johnson was working for the Queensland public service and performing at night when he caught the attention of Aussie singer Col Joye who signed him to his publishing company.

Kevin Johnson will perform his first show in years in Sydney at The Factory Theatre on March 21, 2015.

Brian Cadd’s second and third albums ‘Parabrahm’ (1973) and ‘Moonshine’ (1974) have been released on CD for the very first time and with bonus tracks.