Van Morrison Is A Covidiot It Turns Out - Noise11.com 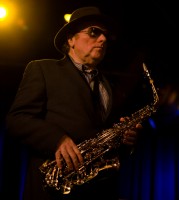 Van Morrison Is A Covidiot It Turns Out

Van Morrison has outed himself as a idiot, a Covidiot to be exact.

The one-time legend turned celebrity moron (hey Kanye at least has a mate) is going to release a series of anti-lockdown songs.

Sir Ivan ‘Covidiot’ Morrison will release three songs over the next few weeks starting with his ‘Born To Be Free’. Its lyrics include words like “taking our freedom”, “making up crooked facts” and “enslave”. The BBC reports that the lyrics also state “the new normal is not normal, we were born to be free”.

Ireland, where Sir Ivan (yes he is actually knighted, but then again so was Jimmy Saville) has a death rate of 361 per million. Australia (even with the aged care outbreaks) sits at 33 deaths per million. The United Kingdom, where Ivan was knighted Sir Ivan, has a death rate per million of 614, even worse than the United States with 610.

We can’t argue Sir Ivan’s legacy. He is a legend. But what a fucking idiot!

Maybe Sir Ivan would like to visit the families of the UK’s 41,705 dead and Ireland’s 1,789 dead and explain to them that the Coronavirus is a hoax.