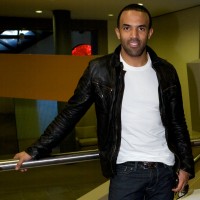 Craig David’s Australian tour is no longer happening and his promoter has gone into hiding.

“Right now I’m totally confused & I promise I will get 2 the bottom of this. But right now it looks like the promoter has let us all down,” he said.

Able Touring was also the company behind the failed DMX tour of 2012. Able Touring said that shows scheduled for April were being moved to May. However, DMX then tweeted, The only person that handles my business is my [email protected]!! Anyone else is full of SHIT!! DO NOT PURCHASE ANY TIX FOR ANY DATES IN AUSTRALIA.

He qualified that statement with the tweet, “I WILL NOT BE IN AUSTRALIA THIS YEAR AS OF RIGHT NOWI HOPE TO BE THERE IN EARLY 2013”.

According to Craig David’s tweet today, the people are Able Touring are currently missing in action.

Craig David Lands In Australia To Save Tour

Craig David has arrived in Australia to start the tour that nearly ended in tears.

Craig David will make it to Australia this week. The tour was thrown into chaos when David’s promote went missing in action last week.

Craig David is still planning on visiting Australia next week despite his promoter Able Touring going missing in action on the eve of the tour.