Luke Bryan Blocks John Mayer From US Number One - Noise11.com 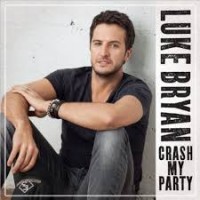 Luke Bryan Blocks John Mayer From US Number One

‘Crash My Party’ is once again the number one album in the USA with sales of 158,000 compared to ‘Paradise Valley’ debuting at number 2 with 145,000 sales, according to HitsDailyDouble.com.

Also new to the US chart this week but outside the top 10, expect Tedeschi Trucks Band ‘Made Up Mind’, Bless The Fall ;Hollow Bones’, Blue October ‘Sway’ and Ben Rector ‘The Walking In Between’.

The Woodstock 50 line-up has been unveiled with acts spanning from the original Woodstock 50 years ago to some of today’s biggest stars.

It’s a small race for the No.1 album spot this week between local favorites Boy & Bear with their second album “Harlequin Dream” and US rapper and OddFuture member Earl Sweatshirt with his second album “Doris”, which features Frank Ocean, Tyler the Creator, Mac Miller and RZA.